With a career that stretches over more than 30 years, the British band Levellers still know how to write songs filled with joy.

The Levellers (formed in 1988) is a British alternative rock, folk and punk band that subtly incorporates Celtic music traditions into their politically-fervent musical output, hailing from Brighton, England, UK.

These folk-rockers are one of the best live bands around. But, often overlooked is their impressive back catalogue of recorded music. In 1991, they released Levelling The Land which was a massive success, entering the charts at number 14 and eventually going platinum. The single One Way, despite not bothering the Top 40, became a live favourite for years to come. Levelling The Land is often cited as an all time classic amongst people who were students or travellers in the early 1990s.

With an ever changing music industry the Levellers are at the forefront of a now established DIY industry. They are the perfect role model for other bands trying to find their way in today’s music scene having released their own records, bought their own building/ studio and started their own sell out festival, Beautiful Days. Although the band are lucky enough to have a loyal fanbase of at least 30,000 people, new fans are joining up every day. 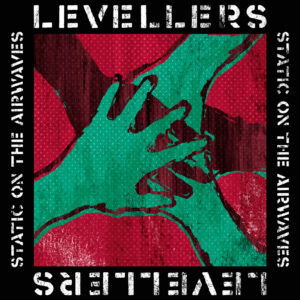 In 2011, the band teamed up once again with producer Sean Lakeman to work on their tenth studio album ‘Static On the Airwaves’ which is already being heralded as their most accomplished album to date, again through their own record label.

Recorded ‘as live’ in the Czech Republic ‘Static On The Airwaves’ is the sound of a band whose incisive lyrics, innate musicality and passion have continued to improve rather than diminish in nearly a quarter of a century of writing, recording and performing. In many ways Static On The Airwaves represents a coming of age for Levellers; it is unquestion ably their most mature and considered release to date.

It’s been a long journey to get here. Peace arrives almost eight years since the Brighton band’s last album of original material, 2012’s Static On The Airwaves. Produced at the band’s own Metway Studios by longtime collaborator Sean Lakeman, Peace possesses the clarity and directness of early Levellers classics such as their 1990 debut album A Weapon Called The Word and its landmark follow-up, Levelling The Land. 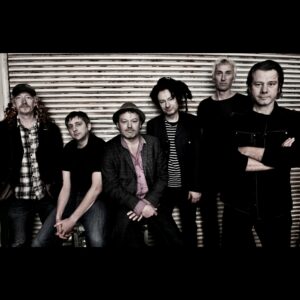